While Windows is a fantastic operating system it is, unfortunately, susceptible to viruses and malware. Luckily there is a range of completely free antiviruses for Windows that you can instantly download and fully protect your device. To help you find the very software we have come up with a list of the best windows antivirus in 2021. Check them out below!

Looking For the Best Free Windows Antivirus? Here Are Our Top Picks:

🥇 Bitdefender Number 1! – Never worry about malware again thanks to Bitdefender’s antivirus scanner which has a 100% detection rate!

🥈 McAfee Antivirus Making the podium! – Fully scan your Windows device in under 10 minutes and protect against zero-day attacks with McAfee’s reliable malware scanner!

🥉 Kaspersky Antivirus A very close third! Access a world-class malware scanner, a password manager, and a VPN with 200 MB of complementary data for free!

Bitdefender provides its world-class antivirus scanner completely free for Windows users! Bitdefender’s scanner has been extensively tested by independent labs and found to have a 100% malware detection rate making it one of the best free antiviruses for Windows 10.

With this Bitdefender’s Windows 10 freeware antivirus you also get access to their malware removal tool which can quickly clean your device of any worms and spyware. This free antivirus program also comes equipped with phishing protection and its software continues to outperform the competition in its ability to spot phishing scams.

The only downside to Bitdefender’s free version is that it does not offer comprehensive security solutions as there is no VPN or real-time web protection capable of identifying malware as you browse the web. However, both of those features can be accessed by purchasing one of the subscription packages they offer.

We recommend Bitdefender’s free antivirus for Windows if you are looking for a top-performing scanner and malware removal tool. However, if you require additional features such as a VPN, ransomware protection, and file shredding you should trial Bitdefender’s premium version for 30 days!

Are you looking for the latest best free antivirus for Windows 10? Then McAfee could be the answer! McAfee offers a range of features for free that many other providers make you pay for.

McAfee’s free antivirus for Windows uses advanced technology to protect you against the latest spyware and malware as it is able to spot brand new malicious software that has never been seen before! McAfee’s scanner is also incredibly fast and can completely scan and detect any viruses in just a few minutes!

This free Windows antivirus program comes attached with state-of-the-art web protection which immediately alerts you to suspicious links and pop-ups in real-time. You will never have to worry about accidentally infecting your device again!

While the free version does not have banking protection, anti-identity theft tools, or ransomware protection these can be accessed by purchasing the premium version.

Are you looking for free antiviruses with VPN and that can secure your phone or computer now? Then Kaspersky Security Cloud has got you covered! Kaspersky is the best free antivirus for Windows thanks to its combination of a top-performing malware scanner and extra features such as a VPN and parental controls which are extremely rare to be included in free antivirus.

Kaspersky Security Cloud’s antivirus scanner is always near the top of the list when it comes to lab testing. Kaspersky always achieves an almost 100% detection rate and is capable of spotting the very latest spyware, malware, and even phishing attempts!

Kaspersky is considered the best pc antivirus for free because it also comes equipped with a VPN, which you can use to easily bypass geo-restrictions and prevent attacks when connecting to public wi-fi as well as parental controls that allow you to effortlessly control the kind of content your children can access.

If you need extra features to further protect your Windows device then Kaspersky offers a premium version. With a paid subscription you get access to even more amazing features including safe banking, file encryption capabilities, data breach alerts, and a whole lot more! To access the premium version purchase one of these subscriptions:

Kaspersky is a great choice if you want to quickly run scans, remove spyware and malware, and want to keep yourself protected online with a reliable VPN. Test out this best free antivirus software now and keep your device secure!

Panda is one of the best internet antiviruses for Windows 10 that is completely free! With this great security software, you have all kinds of tools and features which keep you safe when on and offline.

Thanks to Panda you won’t have any issues with malware or spyware infecting your device. Panda’s scanner always has a near 100% detection rate and can quickly find worms no matter where they are hiding.

Panda generously offers more than just a scanner in its free antivirus for Windows as you also get a VPN that comes with 150 MB of free daily data. With this VPN you can connect to all public wi-fi and be protected as your traffic is completely encrypted!

Panda also comes equipped with a firewall that is capable of preventing any outside attacks. You won’t have to worry about nefarious 3rd parties breaching your device with Panda’s firewall looking out for you.

To receive anti-identity theft tools, an unlimited VPN, and a password manager you will need to upgrade to Panda’s paid version.

With TotalAV you scan your entire device in just over 5 minutes and learn if any malware, viruses, or spyware is present. TotalAV will then instantly neutralize these threats and clean your Windows device.

If you are looking for more extensive protection TotalAV does offer a VPN, ransomware protection, and some other interesting features such as secure browsing and real-time virus protection which block threats before they have a chance to infect your device. However, these features are only available in the premium version which you can access by purchasing a premium subscription.

Do I Need Antivirus for Windows 10?

It is highly recommended that all Windows 10 users download antivirus software as the built-in Windows Defender software is susceptible to malware infections and does protect against a range of other threats such as connecting to public wi-fi and ransomware.

What Is a Good Free Antivirus for Windows?

We recommend you try out any of the best free antivirus software for Windows on our list including:

How to Get Antivirus for Free?

You can instantly access any of the totally free antivirus for Windows 10 and up on our list by heading to the developer’s official site and downloading the software. After you have downloaded the software follow the instructions to install and start using it!

Bitdefender’s free version provides you with amazing protection against malware thanks to its rigorously tested scanner and removal tool. The only downside is that it lacks other security features such as a VPN and real-time protection, however, these can be accessed by upgrading to the paid version.

Don’t risk having your bank details stolen or your personal information leaked. Protect your device today by downloading the best antivirus for free, BitDefender. With this free Windows 10 antivirus, you not only get a malware scanner with a near 100% detection rate but you also get a plethora of other cool security options. Download it for free right now! 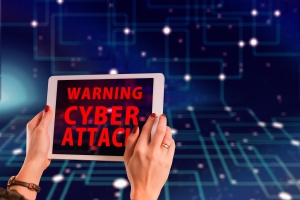 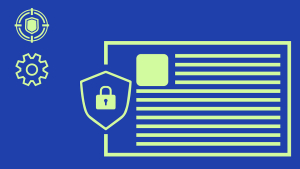