Such an app lets you remotely track the activities of a certain device and see what the user has been doing. One of these cell tracker apps is WebWatcher – its highlight is the compatibility with all major platforms.

But, if you’re willing to track your child’s activities on their devices, you’d want to rather look for a parental control app as they’re best designed for parents.

To be clear, WebWatcher does come with a range of monitoring features but it’s not specifically designed for parents.

So, mSpy is a better option for child monitoring – it packs lots of powerful features to help parents have a bird’s eye view of their child’s activities.

With that out of the way, this detailed WebWatcher review will walk you through its performance in different aspects like:

Now, let’s get right into it.

Over a million people use WebWatcher. The audience of the program includes two target groups: people with parental control motivations and managers.

For both groups, WebWatcher’s features help to be in the know, secure net, provide practical options to monitor both deleted & recorded data (including app usage, files, activity on social media platforms, etc.), and ensure almost complete control of every target device.

Whether it’s about web history monitoring, social media spying, or call recording, WebWatcher has got you covered.

A cell tracking app can have the best features in the world – but if it isn’t compatible with your device, what’s the use?

WebWatcher is unique in terms of compatibility – it works on all major platforms:

The table below explains the supported versions of these platforms:

As you can see, WebWatcher even supports the older versions of platforms like iOS 8 whereas the competitors only optimize their features for newer devices. iOS 8 means you can easily monitor an iPhone 4S, iPhone 5, iPhone, 5C, and so on, with it.

WebWatcher’s features for different platforms like iOS, Android, Windows, and Mac are distinctive due to the different qualities of these platforms.

Below is a definitive list of the WebWatcher features. We’ve also mentioned which platforms a certain feature is compatible with. But first off, we’ll start with generic features:

No Jailbreak or Rooting Required

It’s not uncommon for spy apps to require rooting and jailbreak for Android and iPhone devices respectively.

Note: Jailbreaking is for iOS whereas rooting is for Android devices.

Now, why is it good that WebWatched doesn’t require any of these?

Where jailbreaking and rooting bring many advantages like more control over a device, they can also harm a device in many ways.

Firstly, jailbreaking or rooting a device leads to poor security. Hackers can take get benefits out of your device’s vulnerability. That’s why most of the applications take rooting and jailbreaking as a security threat.

In a nutshell, WebWatcher’s approach of not limiting users to jailbreak or root a device to monitor it is great.

WebWatcher is designed to install quickly regardless of whether you’re using it on Android, iOS, Mac, Windows, or a Chromebook.

The company promises an easy 5-minute installation after you’ve signed up and created an account. That’s it, you can start monitoring the target device once the installation is complete.

Using the web history tracking feature, WebWatcher lets you conveniently look into the websites the target has been visiting.

The feature comes in handy when parents want to make sure their child isn’t consuming inappropriate content online.

The history tracker also gives a breakdown of timestamps as well as lays down the specific website URLs to see exactly which page the target was crawling through. 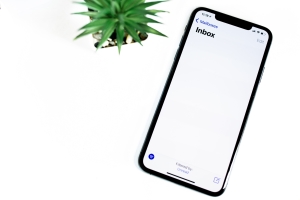 For Android, WebWatcher’s SMS tracker allows you to monitor the SMS messages as well as the multimedia sent along with the texts – including pictures, videos, emojis, and website links.

When it comes to iOS devices, WebWatcher lets you track SMS texts only. However, deleted text message tracking is common for both Android and iPhone devices.

Regarding macOS and Windows devices, WebWatcher offers support for instant message tracking. Other than that, you can also monitor the emails on both these platforms.

WebWatcher’s keylogging feature is designed to keep track of all the keys typed on the target’s device. It could be their messages, their Google searches, and all you’d like to monitor.

The keylogger also lays down the details of timestamps for convenient viewing.

Supported by: Android and Windows

Web-based monitoring is one of the major highlights of WebWatcher. The app doesn’t restrict you to monitor the device activities at a certain time or using a certain device.

Instead, you can access WebWatcher’s web-based application any time, from anywhere, and see what’s happening on the target device.

What’s exciting is, the activities of the target device are stored on cloud servers, which means they’re stored on the internet and can be regardlessly accessed regardless of which device you’re using.

Using the call logging feature of WebWather, you can keep track of the incoming/outgoing calls as well as monitor timestamps, and other associated information.

You can also access the call history – it’s saved in the cloud servers of the app and won’t be affected if the target deletes it.

The app usage tracker is designed to give you a breakdown of which apps were used by the target user throughout the day.

With timestamps mentioned and definitive graphics available, it becomes convenient to track which apps your spouse uses the most.

Whether you’re willing if your child was using social media during studies or want to make sure your employee was productive during work, this usage tracker comes in handy. 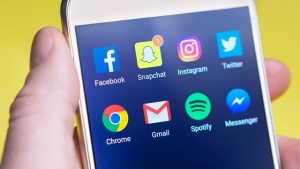 Data reveals that 73% of Americans use social media regularly. It’s no secret that this statistic is pretty much the same for populations worldwide.

With that kind of social media usage, WebWatcher also offers a social media tracker. But again, the features vary depending upon the platform you want to monitor.

For an Android device, WebWatcher is compatible with a range of social media apps that include:

However, there are certain limitations with some apps. For instance, you can only see the notifications of Snapchat and Tinder.

For iOS devices, WebWatcher only supports:

When it comes to Mac and Windows, you can track the social media apps viewed on the browser. 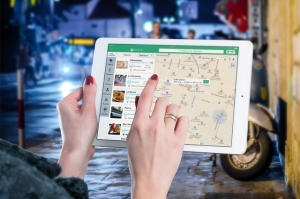 WebWatcher also offers a powerful GPS tracking feature. It gives you the real-time location of the target device and user.

You can also view the location history with timestamps to see where the target user has been. With the map feature, tracking the location becomes convenient.

The use of smartphones to take inappropriate shots is not uncommon. With that in mind, it becomes important for parents to see what kind of content their child has on their device. Similarly, people also tend to see what their partner has on their smartphone.

Thanks to WebWatcher’s photo recorder that lets you monitor the captured images on the spouse’s device. However, it’s limited to camera rolls only.

Below are some additional features of WebWatcher (supported by all platforms):

That said, the following are the additional features for macOS, Windows, and Chromebook devices:

Having a free trial available tends to be helpful as it lets you know what to expect from a product or service.

Unlike before, WebWatcher now offers a 7-day free trial that you can utilize and see if WebWatcher is a good fit for your monitoring needs.

The company also offers a refund policy but there are strict scenarios for the possibility of a refund. So, be sure to skim through them before you sign up on WebWatcher.

How Does WebWatcher Work?

It takes only five or fewer minutes for the installation to get a remote view of the target person’s activities.

The application does not appear in all places where it can tamper, such as Process List, App List, Task Manager, Desktop, Registry, System Tray, or in Add/Remove programs.

WebWatcher starts recording activities remotely and then sends all monitored information to your secure online account. After that, you can download recorded data to any of your devices.

If a user selects any words as triggers, the app will send an email every time these words are viewed on the screen of the target phone or typed.

Using this program, you will monitor the website history in popular browsers. A great option here is that you will see not only the list of visited sites but the exact time and duration of using them.

How Much Does WebWatcher Cost?

The application offers licensing for PC, Mac OS, Android, or iPhone/iPad for $99.95.

You should pay an additional $9.95 to get a backup insurance program and have an option to reinstall it anytime you want.

How Much is an Unlimited WebWatcher?

If you need to download recorded content directly to your email, you need e-Notify for an additional $29.95.

Being a winner of the 2019 National Parenting Product Awards and the Editor’s Choice of the PCMag, WebWatcher is hard to overlook.

It has more than 2600 reviews on the Google Play market with an average score of 4.4, which is pretty impressive. 3.5 stars out of 5 on Trustpilot are also a good result for a monitoring app.

With the year-round 24/7 support, WebWatcher’s customers can rest assured that all their questions will be answered promptly.

All you have to do to reach out is to fill in the contact form on the official website if you prefer email or make use of live chat. The phone number and the physical address are also stated on the Contact page.

mSpy vs WebWatcher: How Do They Compare?

mSpy is one of the best phone tracker apps for Android and iPhone in the market today. It offers robust features at a very competitive price. Additionally, its reliability makes it an even compelling option if you’re in the market for a tracking application. However, how does WebWatcher compare when pitted against mSpy? Let’s find out in a brief mSpy vs WebWatcher comparison –

Overall, while WebWatcher has its share of benefits, mSpy comes out on top in several aspects in a comparison. 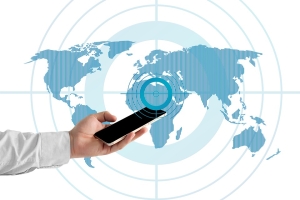 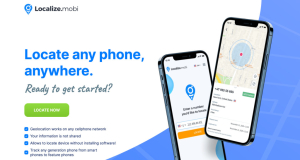 This product does not work even after their own technicians login to install / fix it.
This does not work as advertised and you will not receive a refund.
There is no free trial period.
Heed the negative reviews.- I wish I did.
(I suspect the positive reviews are from the company themselves…)
-Edit 1-
PayPal offers no protection either.
I applied for a refund (x2 since I have two subscriptions) and webwatcher disputed the refund with the same cut and paste reply that did not represent the facts:
” the customer must contact Customer Service for issues experienced with the product for resolution in the event that the software is not working as advertised or an evaluation for refund eligibility. “- Yup done that many times and they have not resolved the issues or provided refunds.
“No notes were indicated that you did any troubleshooting with our Support Team on any issues experienced with the software that was purchased. ” Well that’s a LIE and I have the screen shots and emails as proof.
I have persisted in good faith and would have taken more evidence of their incompetent tech support if I suspected how crooked they were.
-Edit 2- I had software on a Mac laptop and Android phone.

Thanks for letting us know, Barry. We’ve adjusted our review!

After I am done installing this app will it be hidden?

We don’t recommend using WebWatcher. Use something like mSpy instead, that one is completely hidden.